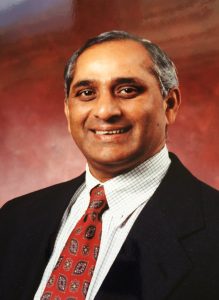 Bobba Venkatadri has been a member of TFI’s Board of Directors for the past three years, and brings a unique perspective to the table. Bobba grew up in the village of Unguturu, Andhra Pradesh, India.

He got involved with TFI at a point in time when he was already thinking a great deal about philanthropy and looking forward to how he would give back when he reaches retirement. “I had the opportunity to hear Tom speak at a luncheon when Bobby Kennedy, Jr. was also speaking, and heard how TFI is trying to do something good for the poorest of the poor, including those in India. I felt ashamed—this kind of help coming from the US, and I wasn’t even doing that much for the country that gave me education and brought me up.”

This sparked Bobba to take action. In partnership with TFI, he developed a program to help provide support to his home village, while hoping to foster the growth of the nearby villages following this same model program. He explains, “The goal is to reshape the village, give kids the opportunity to learn. Education is the greatest equalizer between the rich and the poor. We want to expose the children to knowledge and the world. We are trying to break barriers with education, skills, and good role models.”

Bobba describes TFI as unique, saying, “Organizations that have heart are rare to find! Organizations like TFI should be growing—there’s not a lot of overhead and the funds go to benefit the programs and the individuals.” He says that it was a privilege to join the TFI Board and help drive poverty alleviation in India and eight other countries—both for the work that is being done and for the interactions. “In business, there can be friction between different individuals, but when I come to a TFI Board meeting, a meeting with Tom, with anyone else on the team, we have a unified focus on doing something good, on helping the poorest of the poor. It’s an enjoyable experience, sometimes even indescribable.”

While Bobba cares deeply about all of TFI’s program, his biggest focus is the work in India. “To do something in your homeland, to take the resources from the work you’ve done in your adopted land—it’s like nirvana for me!”

He has, in partnership with TFI, already helped to bring clean water to the Unguturu village and provided high-tech learning resources at the Zilla Parishad School. The impact is helping to drive and inspire the children as well. “Whenever I go back to the school, all the kids talk to me … about what else they need, about how to be better students.”

There are already results coming forward, but Bobba is looking for ways to continue to improve the community. There is only one toilet for 180 girls at the school, and he wants to change that. He hopes that through his work, in 10 to 15 years there will be measurable change in his village and in those surrounding. “What is more fulfilling than that?”