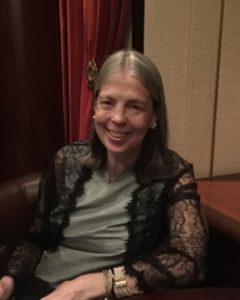 Martha Pascual holds a Master’s Degree in Library Science from Pratt Institute and has worked as a law librarian at New York County Lawyers’ Association and Stroock, Stroock & Lavan. When we initially approached Martha to join the Board, she was reluctant because she had not served on a Board before and did not have any business background. However, we knew her compassion for others made her more than qualified, and we are happy that she decided to join The Forgotten International Board of Directors in 2012.

Martha was raised in rural South Carolina, where her father was a farmer who also worked in a cotton mill. Although these occupations were not lucrative, he was generous with the little he did have. Martha now embodies the generosity of her father, as well as the compassion her mother always had for everyone around her. She is happy to share anything she has with those who need it, and believes anything that is unnecessary should be given away.

Each year, Martha supports The Forgotten International by giving to our most essential programs. She is also active in her church and gives to the Jesuit Refugee Service. She supports the New York City Rescue Mission which takes in the homeless as well as provides support for addiction services, education, and protection for women. She most aligns with The Forgotten International’s value of giving, which serves to raise people out of destitute situations. She is excited by our programs that give people hope and support with pathways out of poverty. She believes it is important for people to know they are loved and cared for, as we were not put on this Earth to live in desperation.

There are two main lessons Martha lives by which guide her generous giving and involvement in mission-based organizations. The first is The Golden Rule, and the second is a lesson taught by an Emily Dickinson poem.

If I Can Stop One Heart From Breaking

It’s the little things in life that matter. She used to think she had to be a prominent figure and perform grand gestures to make a difference. But she has since realized the little things of helping someone open a door, picking up something they dropped, smiling, and having empathy with others are just as, if not more, important. Rudeness adds more harshness to the world, while leading with manners and a smile spreads positivity and makes our world that much brighter.

Share this post!
PrevPreviousFormer Fellow: Kati Hinman
NextInterview with Thomas A. Nazario, President and Founder of The Forgotten InternationalNext