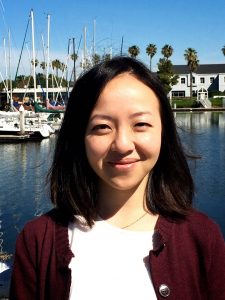 Vivian is an Assurance Senior Manager at Ernst & Young LLP where she has spent the last eight years in the audit division of the firm working with clients ranging from startups to large international companies. She joined The Forgotten International’s Board of Directors in August of 2016 after helping with bookkeeping for three years. Vivian first learned about TFI after attending Tom Nazario’s speeches at the World Affairs Council, and again at the Commonwealth Club. At the time, Vivian was doing charity work with soup kitchens, but wanted to do something more with her accounting background. After hearing Tom speak about his work at TFI she offered her accounting services, and a partnership was born!

Vivian started volunteering at a very young age. In elementary school, Vivian was always interested in saving the Earth and helping people who had less than she did. She believes part of this interest was sparked by her mother volunteering and encouraging her to go on heart walks to raise funds for heart disease and stroke. This interest continued through high-school, and in college, she participated in and became president of, the UNICEF club. UNICEF provides programming for children around the world. This aligned with Vivian’s desire to pursue humanitarian work.

Recently, Vivian spent time in Peru visiting two programs TFI supports there: Mama Victoria and Sagrada Familia. At Mama Victoria, Vivian spent time with Nelly Villegas, the founder of one of very few domestic violence shelters in Lima, Peru. Mama Victoria accepts all women and children who have been forced out of their homes and have no place to go. It is also the only organization to accept a transgender woman when no other organization would. At Sagrada Familia, Vivian experienced the abundance of generosity with Miguel Rodriguez, who built the school and orphanage from nothing. An area that was once a desert is now filled with life. A bakery, metal workshop, wood workshop, health clinic, and school for 1,200 children have grown over the last 25 years. Miguel does everything from sell tires, notebooks, and recyclables to raise money for the children; and even though they always fall short of operating expenses, they somehow manage to make it through the year with donations from the community, TFI, and caring people from all over the world who help support their efforts. Through her time in Peru, Vivian was able to see the direct impact small amounts of money and resources can make on a community.

After her experiences in Peru, Vivian is interested in learning more about TFI’s projects in Cambodia, the Philippines, and other countries we may work with in the future. She believes there are many opportunities to give back, and in the places of extreme need, a little goes a long way. At Sagrada Familia, just fifty cents will feed a child for a day; so even twenty dollars can buy a lot of meals. With this in mind, Vivian believes everyone should try to do their part to give back even in a small way. Small grants to organizations doing a lot can make a large impact as exemplified through Sagrada Familia, Mama Victoria, and the people she has met through her time with The Forgotten International.