Interview with Thomas A. Nazario, President and Founder of The Forgotten International 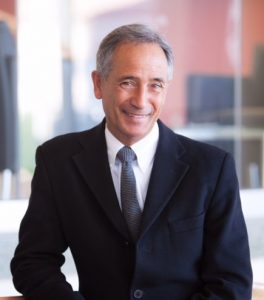 What inspired you to start The Forgotten International?

Starting The Forgotten International (TFI) in 2007 was a direct result of two things:

First, traveling the world for the UN and various human rights organizations and seeing firsthand the extreme poverty that so many people had to live with day in and day out. Also, how many were women and children troubled me greatly since, in their eyes, I sometimes saw the face of my own mother who for many years herself was quite poor and lived through much hardship. Nevertheless, in every day of my life I was never in doubt that my mother loved me dearly. Second, and through my work over the years with the Dalai Lama, I began to realize that we all have a responsibility to do more than just empathize or simply have pity for the poor; that in fact, we had to do something to make things better, particularly when we had the capacity to do so. His Holiness encouraged me to take action and so toward the tail end of my career, The Forgotten International seemed to make sense as something to do.

You are clearly a very kind and generous person, how did you become the person you are today?

Yes, people have said that I’m a pretty good guy; but the truth is there are millions, if not billions, of good people on this planet. So I’m not that unusual, and I probably deserve far less credit and thanks than I often get. In fact, I know people who are far more compassionate than I, and I have learned much from them. Also, I had never been able to figure out why some people are very loving, caring, and compassionate, while others seem to exploit and take advantage of others solely for their own gratification. I have to believe that a big part of this is your environment and how you were raised. But I also think that some people are just born kind, while others, not so kind. And though you can tweak and improve each of those individuals, I’ve never discovered a simple answer to the question, “What makes for a good person?” In my case, certainly my mother’s love has made a big difference in my life. And, while growing up, noticing the fact that many people had so much while others had so little was always disturbing.

What are your main values that TFI’s mission is based on?

Although TFI has incorporated twelve simple beliefs into its everyday operations, two stand out as the most important. The first is the belief that all people, regardless of all the ways we try to divide ourselves into distinct groups, are of equal human worth and deserving of a life of opportunity and growth.

The second belief that seems to be of most concern is that in women and children, who are often the most defenseless among us, lies the hope and future of the world and, for that reason, they are most in need of the world’s help.

What is your proudest accomplishment over the last ten years?

The Forgotten International today is working in nine different countries and will be celebrating its tenth year of operation in 2017. We have both external programs whereby we make grants, fund impoverished children through our Children’s Program, and send skilled volunteers abroad as fellows to provide technical assistance to small NGOs that are struggling to survive and get recognition from the wider world. In addition, our internal programs try to foster a greater understanding of the challenges of poverty, and how, as long as we work together, we can all help to improve the lives of so many. Hopefully the work of TFI will continue for a number of years, for as long as there are people that need the help of organizations like ours, we would like to be there to contribute to that effort.

Any last words of inspiration you would like to provide with regard to the work you and  TFI are doing?

Something that’s come my way over the last ten years that has been a nice surprise is the fact that these days I’m often asked to speak to young people about the work I do, why I do it, and how they might get involved in building for themselves a meaningful life. When asked, I sometimes tell them that creating a life of meaning means first coming up with an idea of what a meaningful life is, and then building a plan around how to get there; working backwards as you do so. There are infinite possibilities of things people can do that are meaningful. But they all involve leaving this world better for having been here. Too often, young people graduate from college and ask the question, “What can this world do for me?” Instead of the question, “What does this world need from me?” I think if you pose the second question, that will lead you to a meaningful life, and that’s the kind of life that we all deserve.