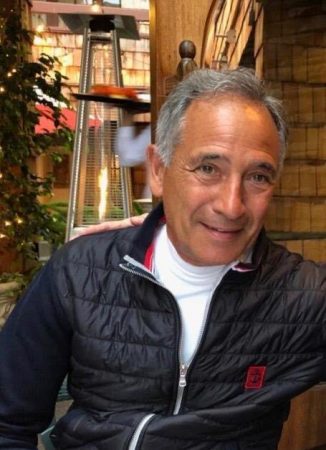 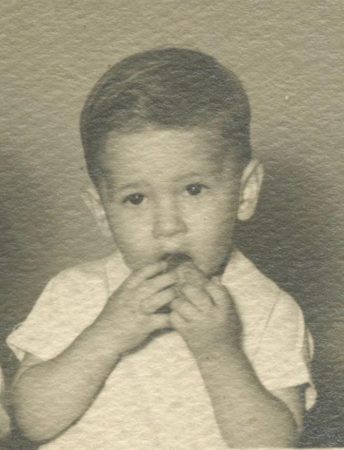 Our founder, Tom Nazario, was born on May 15, 1949, to Rachel Pascual, a Cuban immigrant and seamstress, and Augustine Nazario, a Puerto-Rican auto-mechanic. Tom spent his early years playing in the streets of New York’s Spanish Harlem with his brother, Joe. His mother worked in a factory in New York’s garment district, but later became a waitress and eventually moved up to work in some of New York’s finest hotels. His father also managed to move up and later got a job with Movietone News delivering news reels to theaters, who would run them between movies in order to bring the news of the world to theater goers. 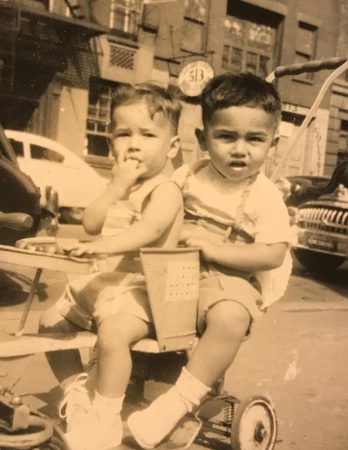 When Tom and his brother were little, their mother treated them as her little dress-up dolls, and with her gift as a seamstress she would love to make outfits for them and dress them up for particular holidays. Her favorite holidays were, of course, Halloween and Easter Sunday. In one photo below, Tom got the witch’s outfit and his brother became the pirate, and on Easter they were put in suits but their hats, however, made them look like little gangsters. Later, when they got a little older, Tom’s mother made him a vest and got him a bow-tie so he could look like James Garner from his favorite TV show at the time, Maverick. 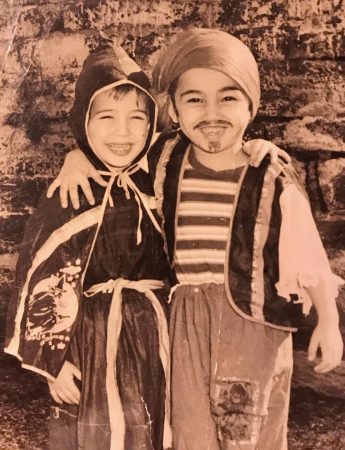 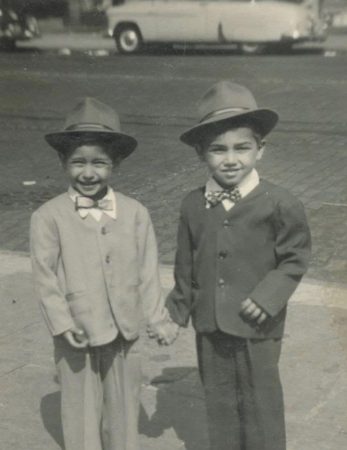 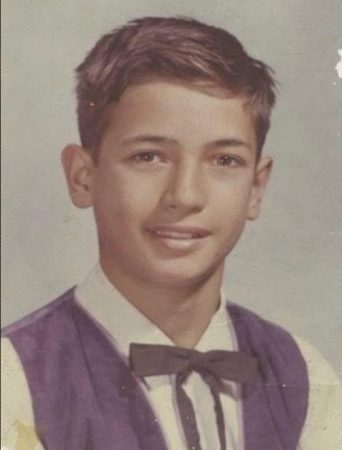 At age five Tom moved with his family to New York’s South Bronx where he started kindergarten at P.S. (Public School) 69. Tom’s brother Joe soon began to excel at school, and by the sixth grade Joe could already read as well as a college student. Tom, however, discovered that he had a lot of trouble reading, and by the fifth grade was held back a year in order that he might catch up with the other students. It was much later in life when it was discovered that Tom was dyslexic, a learning disability that he has worked to overcome for much of his life. In fact, but for the awards and accolades he received for being a child chess prodigy, he would have thought of himself as simply a dumb kid who could not get through a paragraph in his reading class without having to ask his classmates what a half a dozen words were on the page which he simply could not read. This was humiliating and something which Tom still thinks about to this day.

Things got better as Tom grew and his family moved to Jackson Heights, Queens. It was there in middle school that he met a girl named Janet whom he loved from afar (puppy love). They went through school together and in an effort to impress her, Tom decided he would go to college. It was during his weekly commutes to college on Long Island that he began to see the vast differences that existed between wealthy neighborhoods and the places where he had grown up as a child. He began to recognize the power that money had on nearly every aspect of life, an unfairness that was the result of little more than an accident of birth. This, more than anything else, troubled Tom and became one of the reasons he eventually decided to go to law school. However, it was after visiting his brother, who was attending Sonoma State University in Northern California, and falling in love with the Bay Area, that Tom applied and was given a scholarship to attend the University of San Francisco School of Law, and after spending a few years as a public defender in San Francisco, came back to the law school where he taught law for almost 40 years. 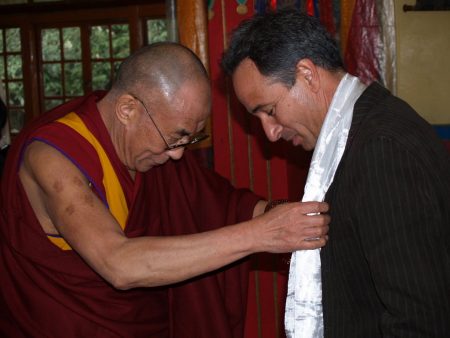 During his time as a law professor Tom developed an expertise in children’s law, an expertise that would eventually take him around the world to report on the plight of children as part of the United Nations’ work in monitoring the rights given to children under the International Convention on the Rights of the Child. This work, and all that Tom saw throughout his travels, once again reminded him of the vast differences in opportunities that he had seen while growing up. It is this invidious harm that can play out throughout one’s life simply because a given child happened to be born in a particular place, at a particular time, to particular parents, that can be, and often is, so determinative of what someone becomes in life. It was this realization, and some time that Tom spent with His Holiness the 14th Dalai Lama in India, that led him to start The Forgotten International in 2007 in order to help all those forgotten around the world that he had seen for much of his life, particularly women and children.

Today his foundation has quite a few different programs that you might find compelling if you visit our website, and makes grants that range from a few thousand dollars to as much as $100,000 in about 10 different countries around the world. Because of the enormous need that exists, particularly during these very difficult times, and the fact that Tom’s foundation has no endowment and instead relies on the compassion of others, we are always seeking assistance from people who care.

Tom, of course, seeks no gifts for himself on his birthday. He has been blessed enough throughout his life and has today more than what he needs. However, he has allowed us to tell you that if you wish to make a contribution in honor of his birthday toward the work we do here at The Forgotten International for the people he continues to try to help, that would certainly be appreciated.

If you’d like to learn more about Tom’s life, see his Draw My Life video below.

By the way, Tom did eventually learn how to read. He did so, however, by discovering a book that he loved and read some 15 times over while in high school. The book was the Guinness Book of World Records.