Spotlight On: The ATLAS Club 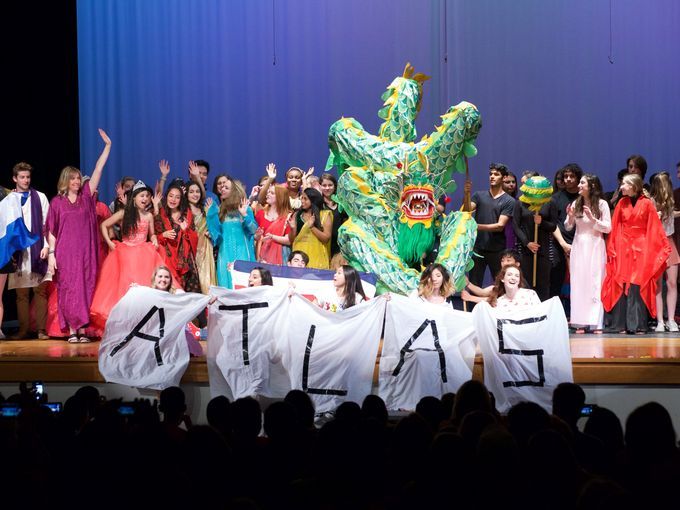 Something great is happening in Greenville.

The Forgotten International recently caught up with Anne Snow, a Mathematics teacher at Riverside High School in Greer, South Carolina. Anne is the faculty advisor of the ATLAS Club; a club that recently raised $5,481.64 through donations and fundraising efforts to be allocated to St. Vincent’s of Kibera; a school and community center in Nairobi, Kenya.

The ATLAS club, whose mission is to promote cultural awareness among students, is the largest club at Riverside High School with about 250 students from a wide range of ethnic and religious backgrounds. “We had a new student join recently, and she was taken aback by how many kids from different walks of life were there.” Said Anne. “She was just beside herself. She said it was the first time she didn’t feel like the only one of her race in the room.”

Using Riverside High School’s wealth of culture, the students that make up ATLAS desired to raise money for children in orphanages and schools around the world through events that display their individual heritage, traditions, and backgrounds. Every year, the club puts on a fashion show featuring native clothing and dances, and sells culturally relevant goods in a global food market- with all proceeds collected for an organization in need somewhere in the world. The funds are donated in full to TFI who then passes them directly to the overseas program. Anne expressed how eager the students are to raise more every year. “I have one student who was so passionate about raising money, he wanted us to charge more for everything.” She said, laughing. “I had to slow him down a bit. We can’t charge $2.00 for a dumpling. It has to be attainable and inclusive.”

These incredible efforts have started a ripple effect in upstate South Carolina, with many local schools asking how they can help or simply wanting to know more about ATLAS. A local Catholic School, St. Joseph’s of Greenville, works to raise diversity awareness through “Diversity Dinners.” After a presentation from a guest speaker, students gather at large round tables for discussions with one adult moderator participating as well. Anne remarked on how the moderators are often blown away by the depth of the conversation happening, completely driven by the students themselves. “They illustrate what they think the big problems in the world are today.” She said. “They want to be heard and understood.”

In addition to the St. Vincent’s school located in the Kibera slum in Nairobi, the ATLAS club has helped The Forgotten International raise money and resources for organizations such as the Paramount School in India, Suan Lahu in Thailand, Sagrada Familia in Peru, and The Nest Orphanage in Kenya. As a result of the work of these young people, we at The Forgotten International continue to be incredibly inspired by their efforts and passion and look forward, with hope, to the future they are building.