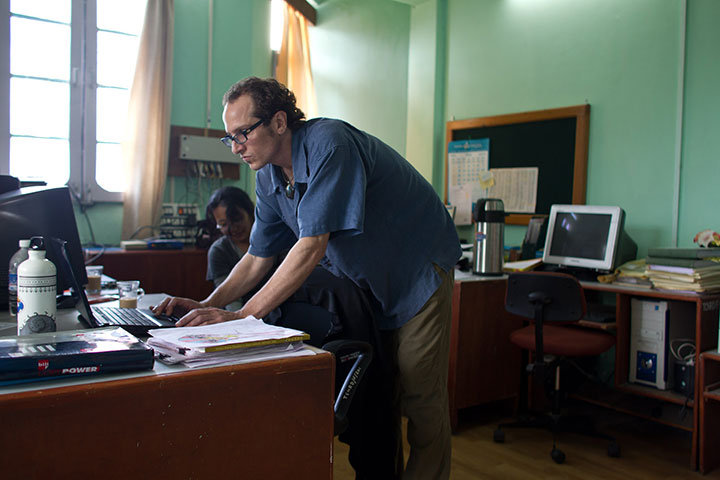 Jeffrey served with the Tibetan Centre for Human Rights and Democracy in Dharamshala, India in Summer 2010.

Living and working in the Dharamsala area during the summer of 2010 was truly an unforgettable experience-extremely rewarding both personally and professionally. Each morning I was filled with awe at the beauty of the Himalayan landscape, as well as the resilience of the people, around me.

I served as a fellow at the Tibetan Centre for Human Rights and Democracy (“TCHRD”), which is located on the grounds of the Tibetan Government in Exile. I was immediately accepted as an integral part of the TCHRD team. The office atmosphere was friendly and professional and I felt that my contributions were valued throughout the summer. The office staff were always willing to answer my questions, support my efforts, and to share their perspectives.

I was assigned the task of researching and writing a Special Report on a critical and timely issue-the targeting of Tibetan intellectuals, writers, artists, and cultural figures in the wake of the 2008 Uprising in Tibet. Freedom of expression was the over-arching issue at play, and my research constituted a fascinating journey into both international and Chinese law. In addition to legal research, I explored the cases of dozens of Tibetans who have been arbitrarily detained in recent months under China’s vague “state security” laws. These factual investigations revealed the profound courage of the people involved, as well as the real human cost of human rights violations in Tibet.

As the summer progressed, the Center received fresh reports of detentions and prosecutions of Tibetans over their writing, artistic, or professional work. Mainstream media outlets, such as the New York Times, the Associated Press, and BBC began running stories on the cases I was covering, and the seriousness and urgency of the issues inspired me to do my best work for TCHRD. The Special Report, far and away the most substantial writing project I have ever undertaken, will be published in both hard copy and electronic format. The experience most certainly helped propel me along my professional pathway, and it is my sincere hope that my work will shed some light on the plight of the Tibetan people.