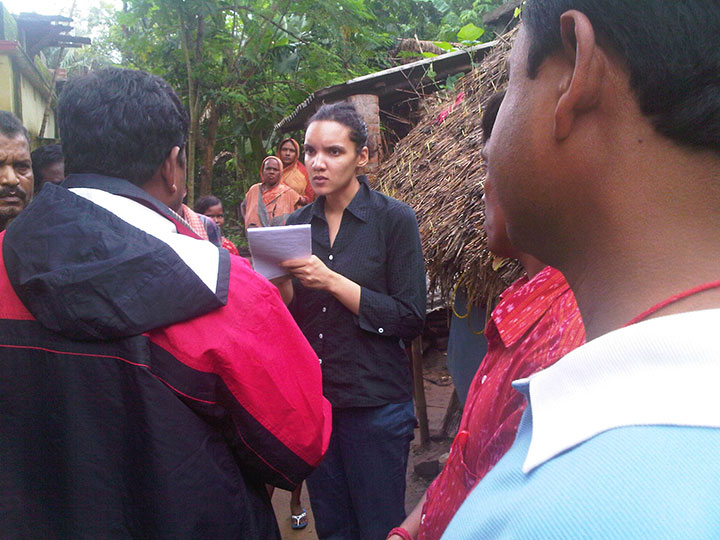 Jennifer served with the office of Mr. Baijayant Panda in New Delhi, India in Summer 2011.

Upon first arriving in New Delhi, India, I thought I had some idea of what was in store. I had become familiar with the amazing work Mr. Baijayant “Jay” Panda had done and was continuing to do, both in the capital as a member of parliament and in his home State of Odisha as a representative of Kendrapara district via online sources and my conversations with other people. But my experience once stepping foot off the plane was more than I could have hoped for, as I was every day given an opportunity to work with and learn from an amazing team of people, all with extensive knowledge which they were willing to share with me about the many ways to tackle poverty issues in India and generally.

During my fellowship I was introduced to a number of things: broader policy issues from doing research for Mr. Panda’s newspaper op-eds, the role played by media appearances in Indian politics, and the issues surrounding corporate social responsibility among those investing in resource-rich Odisha State. As a law student, I was excited to witness the parliament session first-hand and research potential issues related to updating India’s outdated Land Acquisition Act and reconciling it with the controversial Forest Rights Act and Mines and Minerals Development and Regulation Act. From speaking with the people on-site who helped build one of the four resettlement colonies negotiated after a particularly expansive mining deal in the state, to meeting the new addition born just the previous night at the home of the rural family who had previously hosted Mr. Panda overnight, my summer was filled with moments illuminating complex issues, which I could then explore in conversations with those most knowledgeable of the facts on-the-ground.

My experience with Mr. Panda’s team taught me a great deal about the ways dedicated government officials can tackle issues such as poverty alleviation from all sides. I am grateful for the opportunity The Forgotten International gave me to interact with such an experienced and dedicated international public servant and for the hospitality shown me by Mr. Panda and his entire team during my stay. Although I was only able to scratch the surface of the issues Mr. Panda’s team tackles every day, I am confident that the connections I made during my fellowship as well as the lessons I learned will assist me in my work in the future.