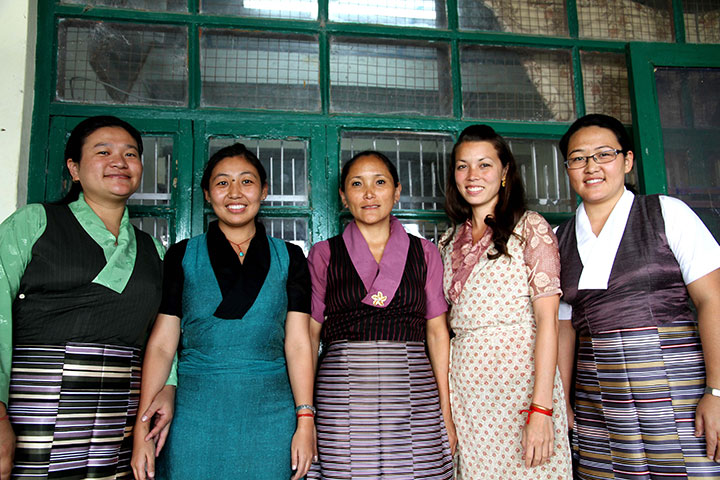 Katie served with the Central Tibetan Administration (CTA) in Dharamshala, India in Summer 2012.

Working at the Central Tibetan Administration (CTA) was an undeniably unique experience, and one that solidified my commitment to working in human rights-based media as an international journalist. In particular, my time at the Tibetan Policy Institute provided me with a better understanding of the Administration as a functioning democratic body and invaluable access to those issues and challenges which plague both the government-in-exile and the Tibetan community-at-large.

Through my projects, I actually ended up straddling a few departments within the CTA and managed to establish a good rapport with some of them, such as the Department of Security, who allowed me access to the Tibetan Refugee Reception Centre to conduct interviews about border policy with new arrivals from Tibet. I also completed a guest feature for the Tibetan Bulletin (a publication of the Department of Information and International Relations) on a project headed by the Department of Home, which will see the resettlement of 1000 Tibetans to Canada over the next five years.

In the short two months that I was volunteering at the CTA, not only did I become acquainted with Tibetan traditions and working culture, but I also learned an enormous amount about Tibet’s past and its complicated present. This experience allowed me to both flex my journalistic muscles and expand my knowledge of human rights in an international context – and for that, I know that I am now better-equipped within my profession, which is invaluable. (Katie Lin is pictured second from right).

View a documentary that Katie Lin made about Tibet’s self-immolations called “Beyond the Numbers” (WARNING: Graphic Content).