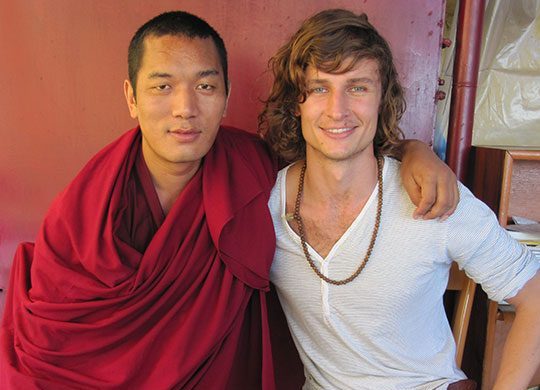 Mark served with the Central Tibetan Administration in Dharamshala, India in Summer 2011.

Having been given the privilege to work with The Forgotten International as a Fellow in an exotic country, one that has always been personally enriching, was extremely satisfying. I spent two months during the summer of 2011 working with the Central Tibetan Administration (CTA) in Dharamsala, India, and was exposed to a reality one would not normally experience; one that took me into the issues facing the Tibetan people who were forced to flee from their homeland in hopes of being able to enjoy the simple freedoms we often take for granted. Witnessing the circumstances and the struggle Tibetan refugees face has inspired me to continue to work for the rights of marginalized people.

I spent my time working at the Department of Information and International Relations (DIIR) conducting research that was compiled into a report entitled “Policy and Practice: Chinese Propaganda and Freedom of Information” that sought to understand the methods and organization of the Chinese Propaganda machine and how they control public discourse by censoring, monitoring and restricting sensitive information. Throughout the project I was able to engage in several interviews with Tibetans who had been exposed to these realities who told stories of unimaginable hardships. The research was both enlightening and humbling as I came to understand more about the Chinese system and what the conditions are like for those still living in Tibet. I also helped out as an English editor for other staff members whenever it was needed, which proved to be interesting in being able to get an insight into some of the information being passed through a government office. One particularly memorable moment was when I visited the Tibetan Reception Center, where newly arrived refugees are first processed. I can remember coming into the big hall and seeing a group of forty or so Tibetans, amazed that they were mostly women and many of them teenagers.

I was especially excited to hear that my report was to be published both separately as a research paper and in an abridged version for the bi-monthly magazine the Tibetan Bulletin. Overall my time in Dharamsala has definitely been a rewarding experience, one that I can proudly say has influenced me for the better and will prove to be an instrumental step in my continuing work with refugees and human rights.

Policy and Practice: Chinese Propaganda and the Freedom of Information