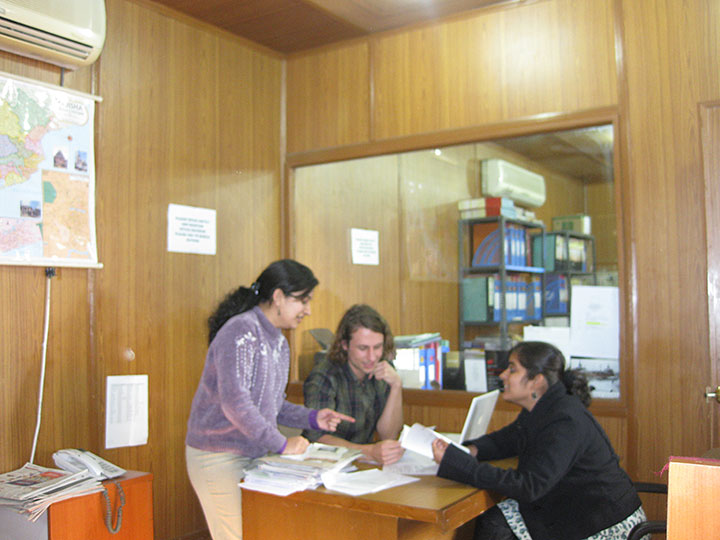 Mark served in the office of BJ Panda MP in India in Fall 2012.

My time working in the office of BJ Panda MP has been an eye-opening and rewarding experience. After flying into Delhi and spending a few days re-adjusting to the sites and smells of the city, I flew out to Odhissa, in Eastern India and spent the next few weeks making trips out to Kendrapada, Mr. Panda’s local constituency. While I was there I took part in a number of political rallies and was able to see how local politics is conducted. Multi-day excursions in the heart of India’s rural communities gave me an insightful perspective into the realities and issues confronting the rural poor. Witnessing how Mr. Panda and his office dealt with such challenges was remarkable and encouraging to bear witness to. The last month was spent in South Delhi just down the street from the parliament buildings working on policy and legislative research on a number of issues including anti-corruption, campaign finance reform, and an IT Bill that gained a lot of media attention as two people were arrested for making a comment on Facebook. The Private Member’s Bill that resulted was formulated by the policy team of Mr. Panda’s office, was widely circulated, and is to be presented before parliament’s next session. I greatly enjoyed my experience both personally and professionally. It not only has exposed me to a different perspective of looking at how social problems are addressed, but has given me the time and space to explore the culture of a country that I have grown to love.