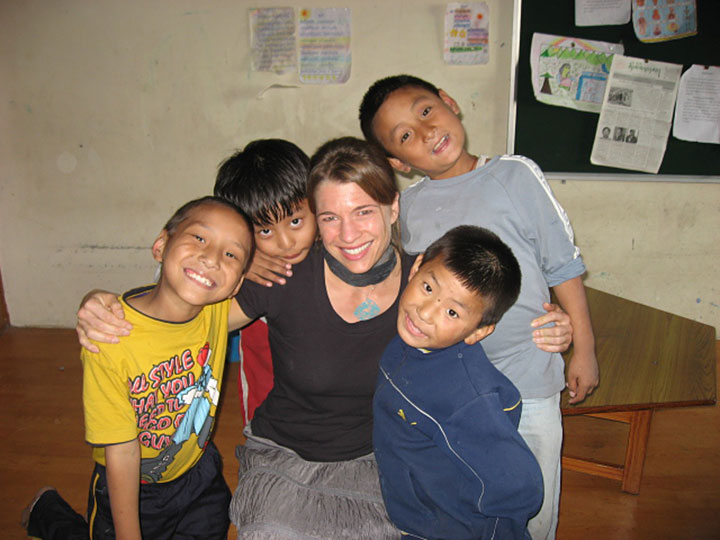 Melinda served with the Tibetan Centre for Human Rights and Democracy in Dharamshala, India in Fall 2007.

It was my dream for quite some time to take a leave from being a lawyer and go off to see India. In the Fall of 2007, The Forgotten International gave me the opportunity to do just that.

Originally, I thought I would stay for two months, but I ended up staying for five. I was placed with the Tibetan Centre for Human Rights and Democracy (TCHRD), and there I worked through the end of the year, finishing their work on their Annual Report. The Centre reports on the conditions of Tibetans within China, as well as researches issues related to Human Rights violations, both within and outside of China as it relate to the Tibetan community. As a lawyer who had practiced for six years, legal research came easy to me, and the opportunity to work with an international NGO on issues related to some of the kindest people in the world was an honor and a privilege.

In addition to the work at the Centre, I took on the responsibility of teaching at a nearby Tibetan village school. The school is called The Model School, for at this school, the Tibetan Government in Exile attempted to create a school that was the perfect learning environment for Tibetan refugee children, and a school that other teachers would visit and attempt to emulate in their own communities. I taught English at the school, my students were fourth graders, and as it turns out, it was a wonderful break from the work at the Centre. After all, what could be better than being surrounded by adorable little children!

After my work in Northern India was completed, I decided to take advantage of the fact that I was in one of the most interesting countries in the world, and could not bare to leave without seeing more of the culture and sights. I traveled throughout the country, met some other travelers, and learned so much. The Forgotten International gave me the opportunity to help and learn. It was an unforgettable experience.