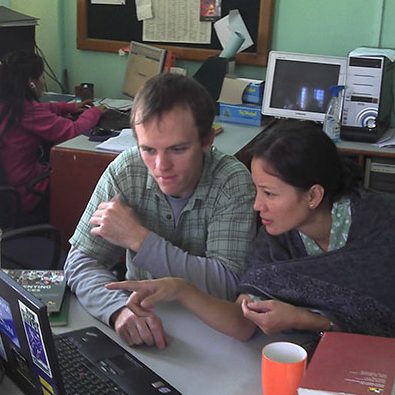 Michael served with the Tibetan Centre for Human Rights and Democracy in Dharamshala, India in Fall 2011.

During the autumn months of 2011, The Forgotten International sent me to Dharamsala, India, where I was to help the Tibetan Centre for Human Rights and Democracy. “They’re understaffed,” I was told, and “you’ll be helping them finish their 2011 Annual Report.” OK, sounds simple enough, I thought. While the purpose for my helping TCHRD was simple, the topics that I would need to become an expert in were anything but.

In two months, I indeed became an expert in the human rights abuses that the Chinese government and the ruling Chinese Communist Party inflict upon the Tibetan people. I had some knowledge of the problems in Tibet, but it was only with my work at TCHRD that I became intimately aware of the forced resettlements, mass detentions, torture, cultural genocide, and other crimes against various individuals and the Tibetan people in Tibet. With my new knowledge and understanding, I was able to play a large role in completing the 2011 Annual Report, using Chinese domestic law and public international law to analyze the issues we examined.

The 2011 Annual Report is something that I’m proud of and can stand behind. It will be a great resource for advocates of Tibet who may want to lobby their local governments and local industry to put pressure on the Chinese government. Since 2008, the Tibetan people have been standing up for their rights, but they will only succeed if we stand up with them. My fellowship was a great experience, and I see myself helping the Tibetan people in some way or another for some time to come.