The team left Bangladesh and flew to Bangkok, Thailand, greeted by skyscrapers and luxury vehicles, well aware that this was not where most individuals in need resided.  It is the Burmese migrants living along the Western border of Thailand whose story must be told next. First, one must understand the difficult circumstances of people escaping Burma. This war torn country has long been a place of conflict between the many ethnic groups, forcing some to migrate to Thailand and live as refugees in border towns. The terrible conditions of persecution and torture at home cause many Burmese to flee, but they are met by discrimination and exploitation in Thailand.  Still some choose this life over their previous situation under the military junta, and do what they can to support themselves even if they are treated poorly. 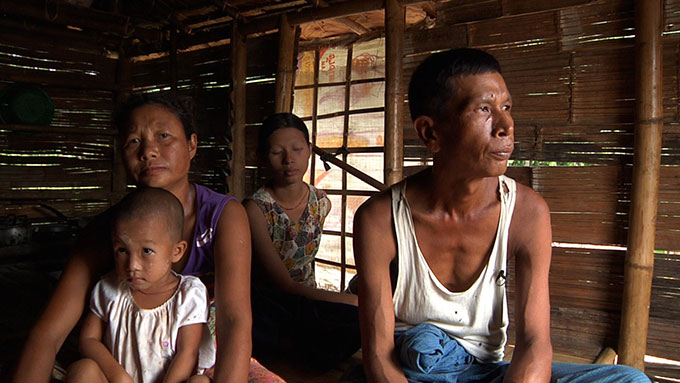 Our team visited a Burmese family living near Mae Sot, working on a farm owned by someone else and getting paid half the amount the Thai workers earn. They are a family of 9 living in two small rooms with some pots and pans and each other. The father of the family is the sole provider who works in a corn field spraying weed killer every day. He takes a bus to work an hour each way to get to the farm, and then hikes up and down the fields spraying a mix of chemicals with little in the way of protective clothing. His work is hard, but it supports his family. However, if he was to miss a day due to illness or injury,  the family could be pulled so far behind financially, it may be impossible to catch up. We found out while we were there that he had malaria but was unable to seek proper care because it would mean missing several days of work. The wife takes care of their children, but also suffers from medical problems herself. Fortunately, there is a clinic in this area that serves this community (more on this later). This family creates a little extra income by farming a small plot of land at home to sell some of the food and also feed themselves, so they are just getting by. The kids attend a make-shift school which seems more like a babysitting group, but is better than no education or supervision at all. 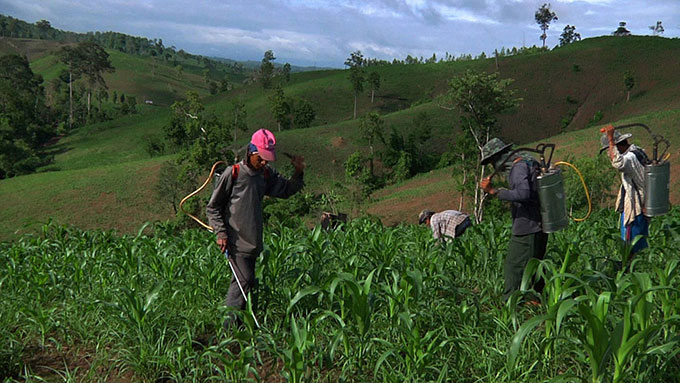 This family is struggling through each day and if one little thing changes in their lives they risk losing all security. The lack of safety nets is a major problem for the poor around the world. They cannot afford to get sick or miss work, or they may not be able to pay their rent. Their precarious situation can go from bad to worse very quickly. Many have similar stories, and unfortunately, this is the situation for refugees the world over. They live not only with the hardship of their meager financial circumstance, but also with the constant feeling of being outcasts in a foreign country. These migrants receive no help from the government because they are not legal citizens, and they cannot return to their home country knowing the dangers that await there. 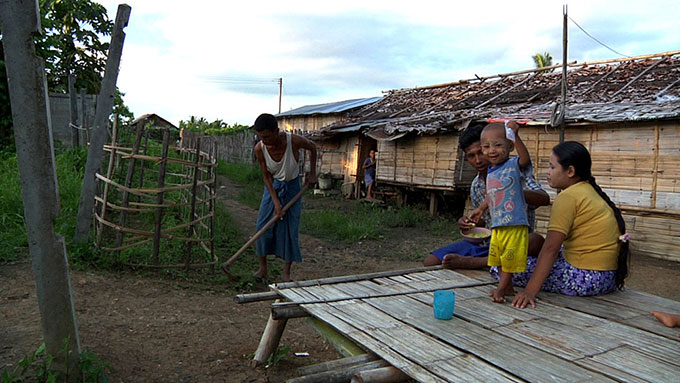 More than 140,000 refugees from Burma live within Thailand’s borders. Thailand’s government has been considering closing the camps along the borders and sending the refugees back, but this would be a certain humanitarian crisis for these people.  You can read more about this situation here: http://www.time.com/time/world/article/0,8599,2065397,00.html