Our team reached Bangladesh and stayed in the highly populated capital city, Dhaka. Dhaka is the 9th largest city in the world and one of the most densely populated. It was here we began to document the next story for the book. In doing so we followed a lead that an NGO provided us to a local sweatshop to take an inside look into the lives of the workers. 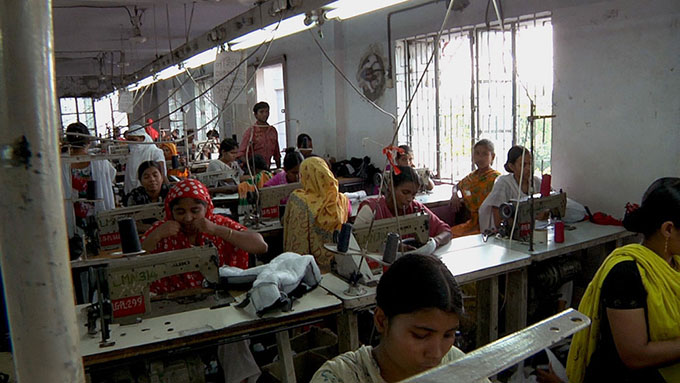 The workers were all women and undeniably hard working women at that. They spent most of their lives on sewing machines in this large factory, and seemed happy to be doing so. Although the work was hard, they considered themselves blessed to have a steady job that kept them from the streets and allowed them the company of other females, but to most Westerners this job would likely feel more like punishment. The women there work 7 days a week, 10 hours a day, with only 2 Sundays off a month. Two of the women that our team spoke with walked an hour each way to get to the factory, and then worked on an assembly line all day where they stitched and cut fabric which was then passed to the next sewing station. 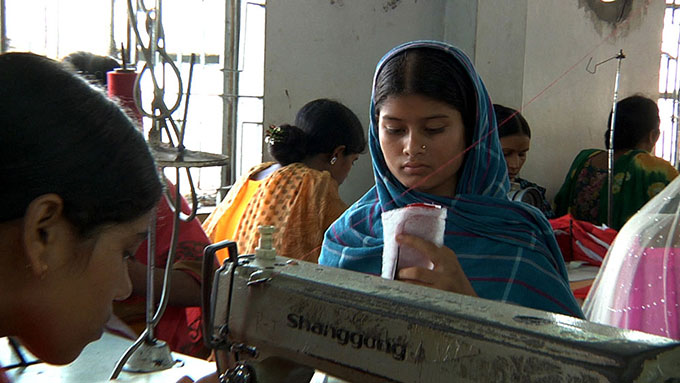 After the women had finished their work day, our team went with some of them back to their homes to see where they lived. Each woman resided with their families in small tin shacks on a narrow, dirt street in one of the oldest sections of town. In the monsoon season these roads make getting to and from work each day a challenge. 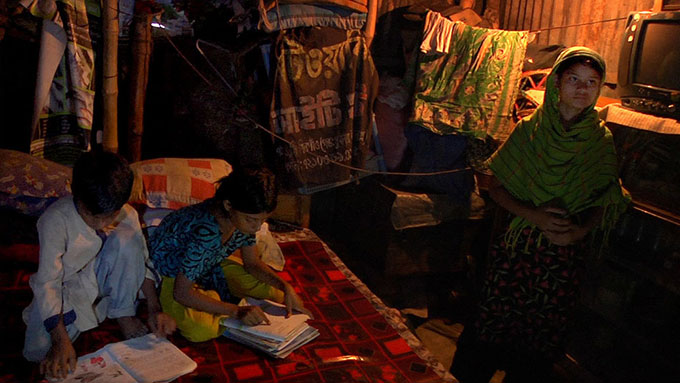 One of the young women who worked at this facility was actually only a 14 year old girl. She worked in order to help support her family. Her father had abandoned them when she was very young. After her long day working, she returned home only to become the caretaker for her two younger siblings until her mother returned from work late at night. She rarely saw her mother, she left the house by 6 am every day in order to make it to work on time. In the evenings, she had hardly an hour to eat a little something before bedtime. Bedtime consisted of one bed for all four family members. Finally school for her was not an option since she was the eldest child and had to work to help support the family. When our team asked her more about what she dreamed of doing someday, she simply replied that she wanted to be someone who made enough money to take care of her mother. This is a phrase that unfortunately we are very used to hearing, “I do not have time to dream, or think about the future. I’m just trying to get by today.” Dreams, it seems, are a luxury that not everyone has. 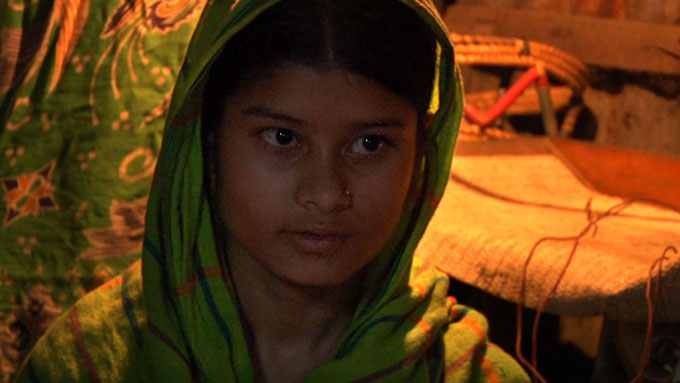 All Photos by George Rosenfeld.

Ila (left) served as a research fellow at the Tibetan Centre for Human Rights and Democracy in ... END_OF_DOCUMENT_TOKEN_TO_BE_REPLACED  »

As part of our second decade of operations, and in order to encourage compassion for others, we created The Forgotten International Compassion Award. ... END_OF_DOCUMENT_TOKEN_TO_BE_REPLACED  »

The Forgotten International partnered with All Heart Cosmetics to create "Compassion" a lovely nail lacquer in ultra violet. Each purchase of ... END_OF_DOCUMENT_TOKEN_TO_BE_REPLACED  »