Since its inception TFI has primarily focused its grantmaking internationally, but has always been committed to supporting Tibetan causes in reverence of His Holiness the Dalai Lama, our inspiration for taking compassionate action. See a letter from the Dalai Lama. However, due largely to the COVID-19 crisis as well as in recognition of the fact that so many here at home live on the edge of a financial collapses, we recently expanded our work of helping individuals and groups in need here in the United States through our new Bridge Fund, established in 2020. 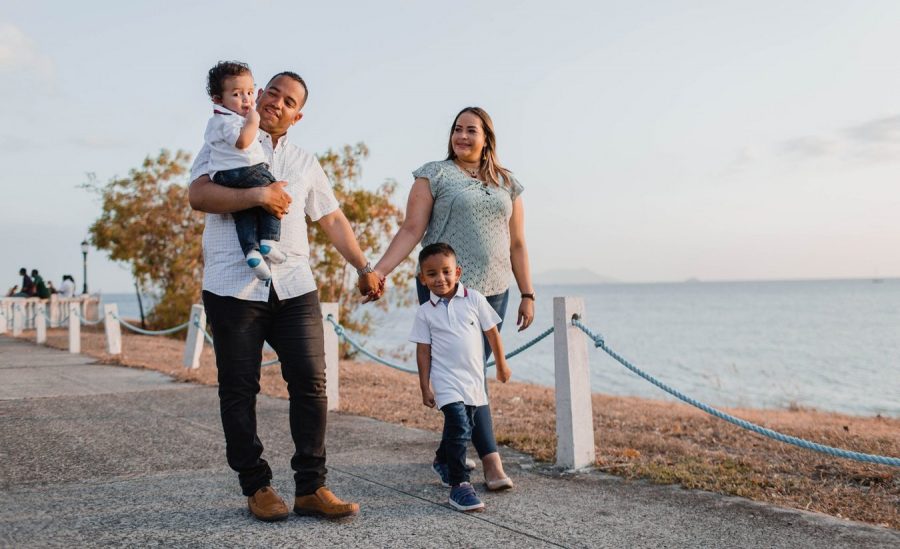 Source: Adopt a Family of Marin

Adopt a Family of Marin

Adopt a Family of Marin helps families in the California Bay Area to overcome temporary financial challenges. They provide services such as utility payments, car repairs, and food assistance to families in need. TFI first became involved with this organization in 2020 when we sent them a grant to help keep their programs running during the COVID-19 pandemic, however we plan to continue to give for we know that even after this crisis subsides, many families will still be living on the edge and, without help, could easily fall into poverty. 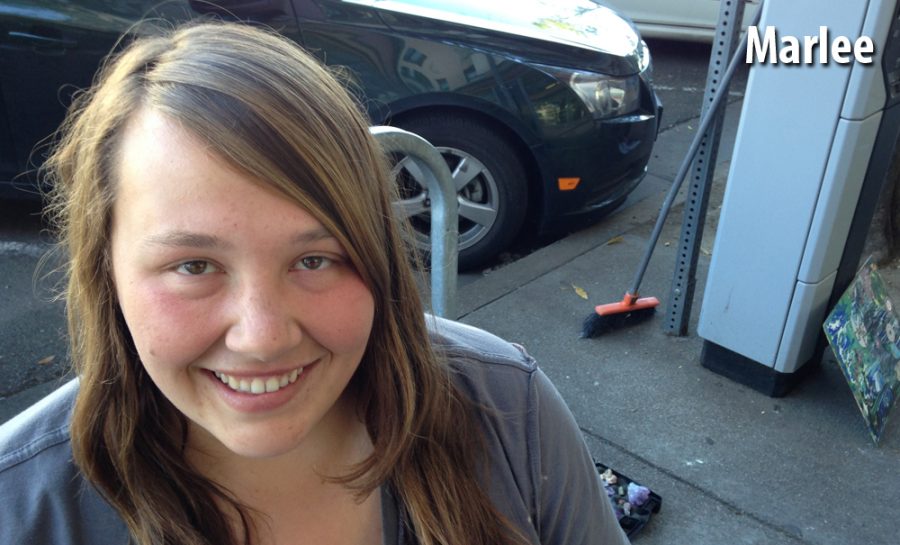 Consider the Homeless! is a small organization in Berkeley, California that aims to provide aid to those living in homelessness throughout the city. They provide hot, home-cooked meals every week to over 100 recipients, as well as collect and distribute donated supplies such as clean clothing to those in need. The truth is that for organizations such as ours not to consider our own homeless would be a betrayal of our mission. So, at least to a certain extent, we try to do so and hope to continue in this endeavor in the future. 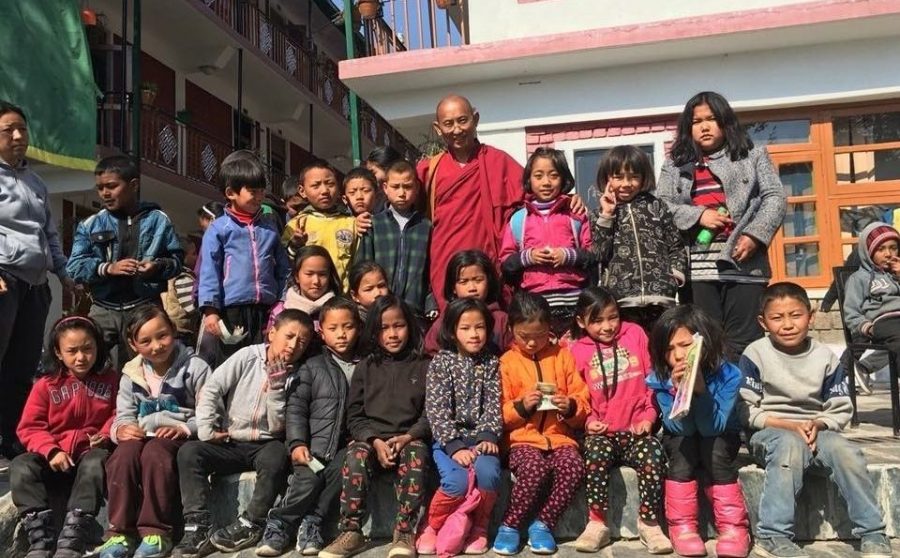 An organization with headquarters here in the U.S., the mission of Delek Children’s Foundation is to provide children throughout the Himalayan region of India, Nepal, Bhutan and Tibet with basic healthcare and education, irrespective of their ethnicity or national boundaries. They are dedicated to giving Himalayan children the opportunity to go to high school and college to become productive adults who will transform their communities. The DCF gives these children a chance at education while saving the traditions and culture of the Himalayan people for future generations. 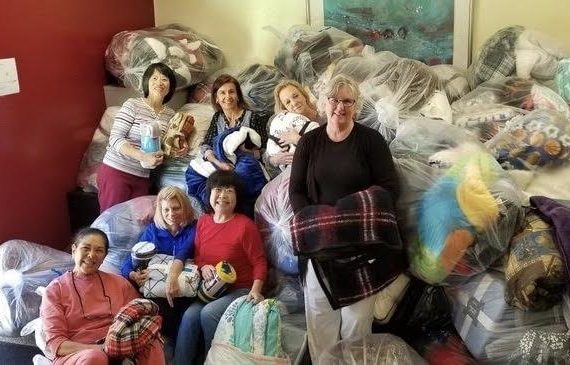 HomeFirst is a leading provider of services, shelter, and housing opportunities to the homeless and those at risk of homelessness in Northern California’s Santa Clara County. They serve more than 5,000 adults, veterans, families, and youth each year at nine different locations. HomeFirst seeks to empower low‐income, underserved, and at-risk populations that are experiencing language, economic, and other barriers to opportunity. They strive for lasting change in the communities they serve and envision a community where everyone has a home. 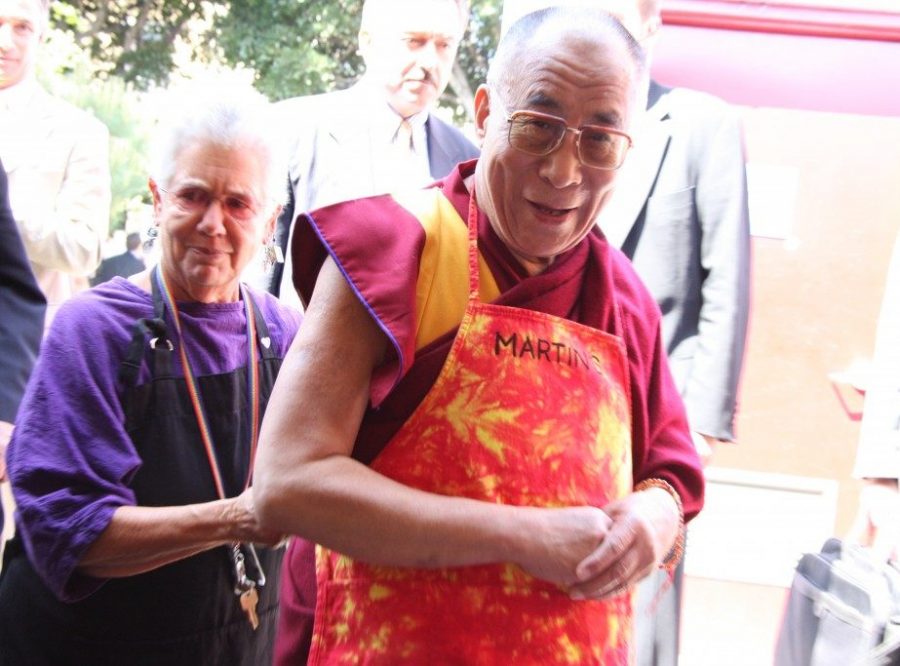 Martin de Porres is a soup kitchen in San Francisco which normally serves nutritious meals at communal tables in their outdoor space to homeless or near-homeless individuals. Because of the shelter in place orders due to COVID-19, they have only been able to provide meals to go. Buying paper products, utensils, and to-go containers has caused a strain on their budget. We sent them funds to keep their program running during this difficult time. And, some years ago, we brought the Dalai Lama himself there to serve food to the homeless and share a meal. It was a great day for the soup kitchen and His Holiness the Dalai Lama. 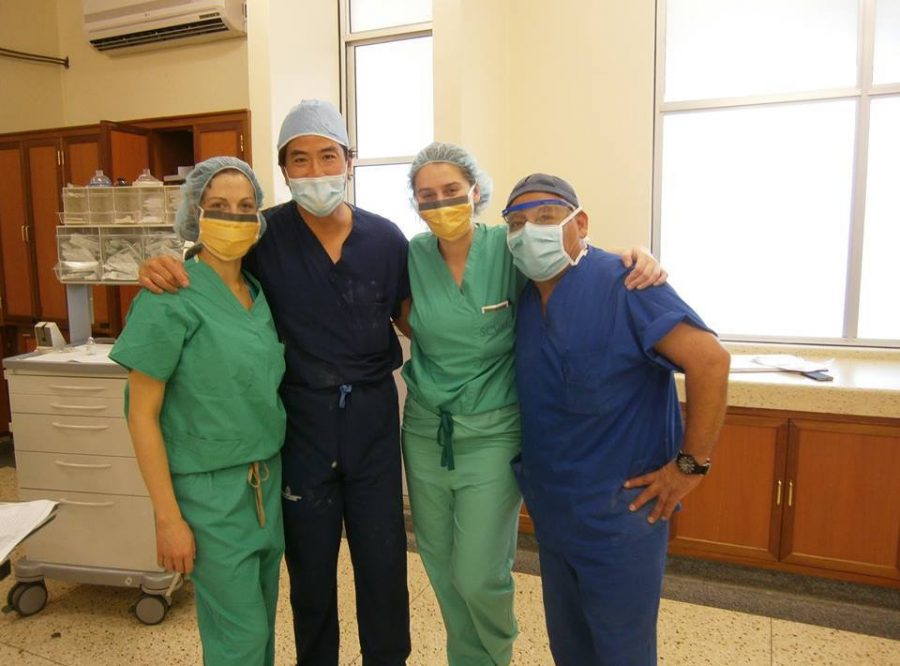 MedLend is a non-profit organization which provides free healthcare services and educational opportunities for people, especially women and children, in the some of the world’s poorest countries. Since 2006, MedLend has been organizing medical missions which provide surgeries as well as exchange programs for doctors and nurses. The surgical teams travel to developing nations as volunteer medical professionals. Funds are raised for the staff’s travel, but also for the medical equipment and supplies which are donated to the local hospitals. Additionally, MedLend trains local medical staff with new techniques to strengthen the sustainability of the local healthcare systems. 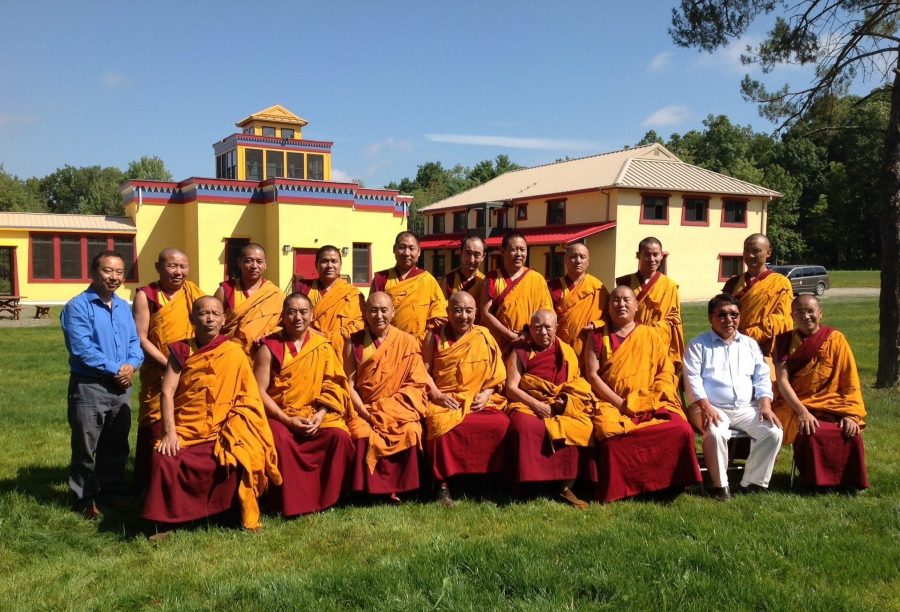 The Namgyal Monastery Institute of Buddhist Studies, located in Ithaca, New York, has been chosen as the official site of His Holiness the 14th Dalai Lama’s library, archive, and museum. This will protect the legacy of the Dalai Lama and all that he represents to millions of people throughout the world. Its primary mission is to serve as a learning center for scholars and practitioners of all faiths, as well as scientists, educators, and philosophers of all disciplines. The library will also serve as the central repository for the collected works of the current and all the previous Dalai Lamas of Tibet for scholars who specialize in the study of Tibet and Buddhism. Additionally, they are committed to preserving Tibetan Buddhist Culture, which promotes compassion, peace, and non-violence. 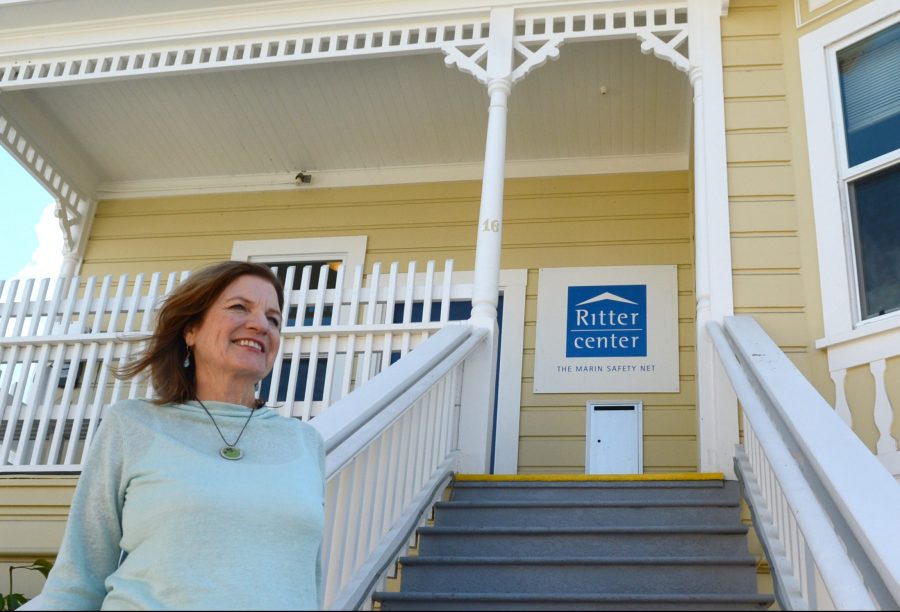 The Ritter Center, located in San Rafael, California, provides aid to individuals and families in order to prevent homelessness and ensure the health and quality of life of those they help within their community. They do so through programs in healthcare and social services. In our efforts to help the homeless in our community, it is best, of course, to prevent homelessness. That is what the Ritter Center attempts to do and why we support their work. 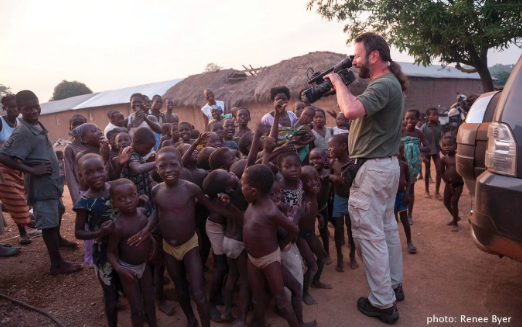 The StarFish Video Project was founded by a videographer with a long history with TFI. On his journey through India in 2010, he encountered a mother and her two children living on the sidewalk in Old Delhi. Touched by the family’s story, he decided to use what power he had to help. With the assistance of a friend from home and a social worker in India, he was able to purchase a merchant cart so that the mother could start a business, register the kids in school, and rent a room for the family with water and electricity for six months. Today this is just one of the numerous success stories from the StarFish Project. The project encourages middle-class Americans to reach out and offer a helping hand to families in need through small donations. A small amount of money can lift many families in the developing world out of extreme poverty. 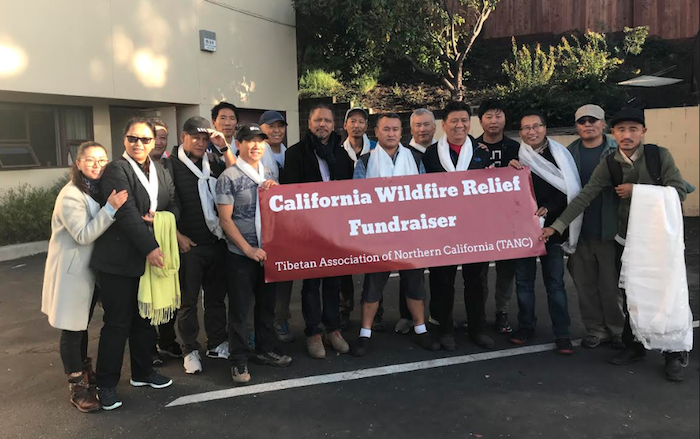 The mission of the Tibetan Association of Northern California is to pursue with dedication the common goal of the Tibetan people, including activities to promote the Tibetan language and culture under the guidance and leadership of His Holiness the Dalai Lama, and recognizing and respecting the Central Tibetan Administration as the legitimate representative of the Tibetan people. Through cultural education programs, they successfully transfer language and performing arts traditions to the next generation who will have the responsibility of preserving and keeping the rich traditions of Tibet alive. 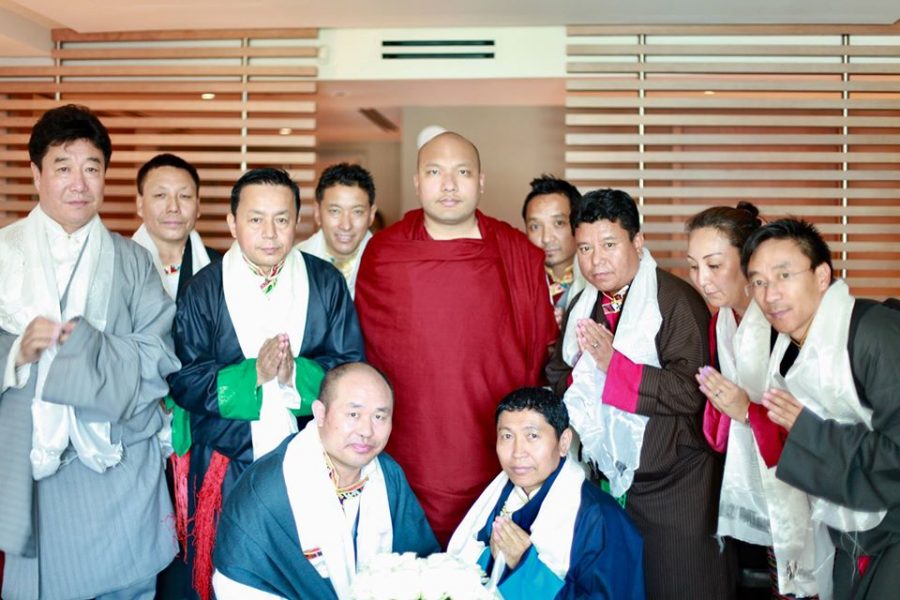 The Tibetan Community of New York & New Jersey (TCNYNJ) focuses on supporting the survival of Tibetan culture and identity, and to enhance the quality of life for all Tibetans living in the local community and worldwide. They offer support of Tibetan-based educational, cultural, and religious programs, while also reaching out to community members in need. They are committed to building strong relationships within the Tibetan community through organizing events that allow members to connect and reach out to one another and the outside community. 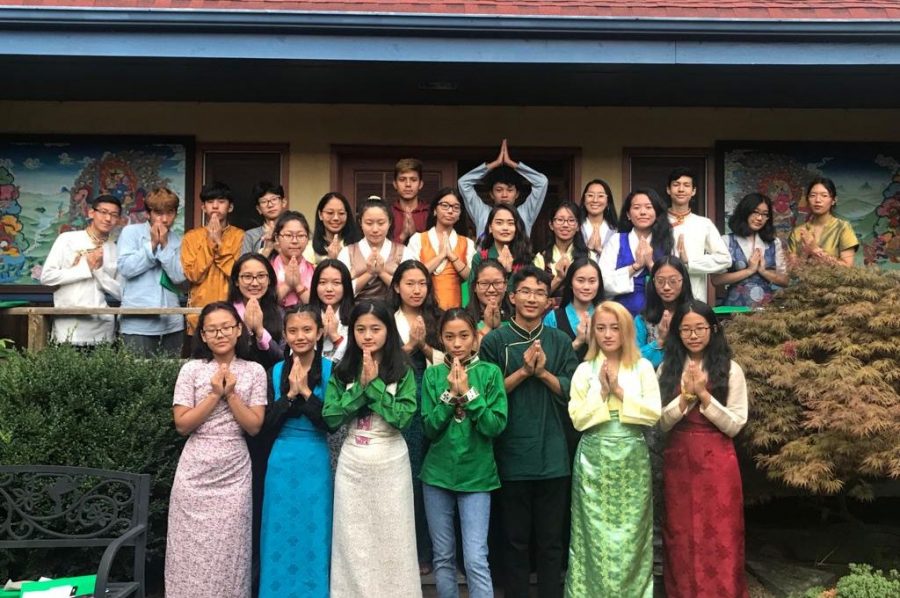 The Tibet Fund has provided services to preserve the distinct culture and national identity of the Tibetan people. This organization offers funding for services related to health care, education, refugee rehabilitation, religious and cultural preservation, elder care, and community and economic development for more than 140,000 Tibetan refugees around the world. They organized at a time when the international community had largely forgotten about the people of Tibet, though they still remained under Chinese occupation. Over the past 30 years, the program has taken a central role in assisting refugees living in India, Nepal, and Bhutan, and has also helped support orphans and others who are marginalized in Tibet.